55-year-old Peruvian inventor, Eduardo Gold, was one of 26 winners of the "100 Ideas to Save the Planet" competition of 2009. His winning plan? To whitewash a mountain in order to restore it to a glacier. 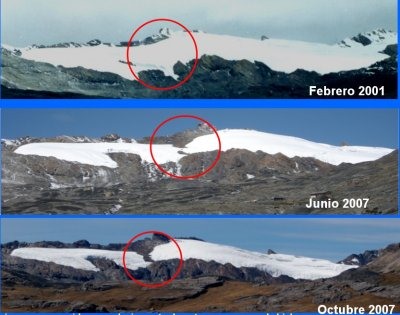 "Four men from Licapa, the village which lies further down the valley, don boiler suits and mix the paint from three simple and environmentally-friendly ingredients: lime, industrial egg white and water. The mixture which has been used since Peru's colonial times. 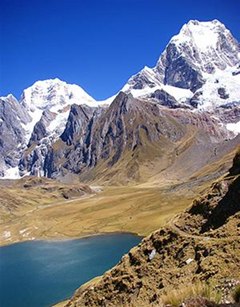 There are no paint brushes, the workers use jugs to splash the whitewash onto the loose rocks around the summit. It is a laborious process but they have whitewashed two hectares in two weeks. They plan is to paint the whole summit, then in due course, two other peaks totalling overall some 70 hectares.

Mr. Gold may not be a scientist but his idea is based on the simple scientific principle that when sunlight is reflected off a white or light-coloured surface, solar energy passes back through the atmosphere and out into space, rather than warming the Earth's surface.

Changing the albedo (a measure of how strongly an object reflects light) of the rock surface, would bring about a cooling of the peak's surface, says Mr Gold, which in turn would generate a cold micro-climate around the peak.

Simulate sort of a second ozone i like it.