Think you're more green by going artificial? Think again. The New York Times reports that the most definitive study shows you would have to use your artificial tree for 20 years before it has less impact on the environment than a real tree. 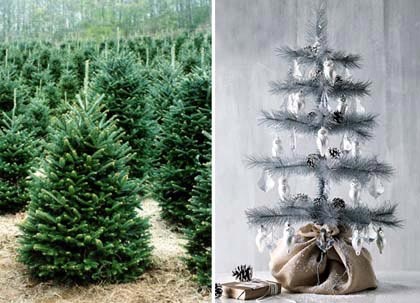 "'You're not doing any harm by cutting down a Christmas tree,' said Clint Springer, a botanist and professor of biology at Saint Joseph's University in Philadelphia. 'A lot of people think artificial is better because you're preserving the life of a tree. But in this case, you've got a crop that's being raised for that purpose.'

Makers of fake trees argue that the environmental evidence isn't quite so clear-cut.